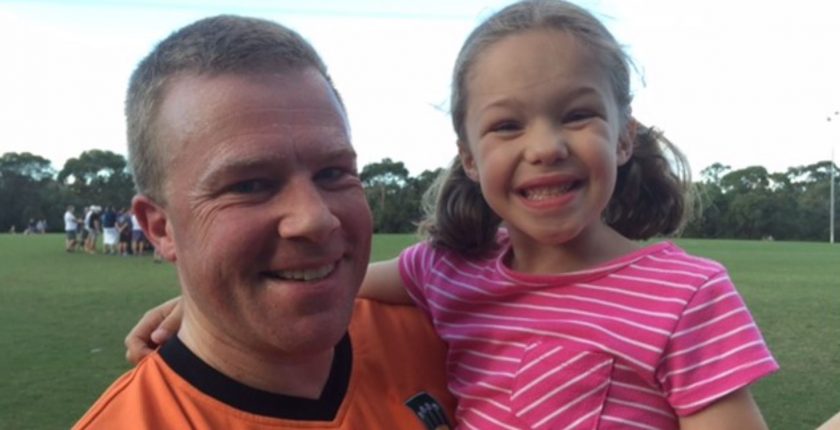 Parenthood is easy and hard, fun and challenging, and has many highs and lows but most importantly, it is about spending time with your children and raising them in a happy and loving environment.

Medibank’s Training & Facilitation Manager and father of one, Jonathan Millen understands the importance of a flexible workplace in being able to be the best parent he can be.

He says that for families like his, it was traditionally the case that ‘the mum’ would take on the bulk of day-to-day responsibility for any children.

“There was essentially an unwritten expectation that they would ‘keep the home fires burning’ and reduce or stop work in order to look after the kids”.

Jonathan says this is not necessarily the case anymore.

“Everyone is going to have their own approach to parenting, and my wife and I have taken the view that we both want to be involved in the daily routine.”

Being a part of Medibank and benefitting from the company’s flexible working arrangements means Jonathan is able to balance his responsibilities as a father with those of his career.

“Medibank is great at being able to support individuals and offer various flexible working practices in order to help parents divide responsibilities in whichever way suits them.”

He says Medibank also acknowledges that each family has different needs, and also different structures.

“Medibank recognises that families are diverse – they can be a mother and a father, two fathers, two mothers, a single parent, a grandparent or a guardian.”

Regardless of the structure, Jonathan says that workplace flexibility helps parents be the best they can be for their children.

“For me, it means being able to head home at 4:30pm to pick my daughter up from school, being there for school meetings, or doing the drop offs if my wife has a meeting.”

School holidays demand a little bit more time from him and his wife but thanks to Medibank, Jonathan says he is able to be the father he wants to be while still focusing on his work.

“I’m able to take advantage of some additional leave – twice the leave at half the pay. This gives me the ability to have time with my daughter and for my wife to continue building on her career.”

For these holidays, he has researched and planned some fun activities for his little girl Ellie.

“I’m going to take her down to Day 2 of the Australian Open and have some fun in the interactive zone, I’m taking her to a Big Bash cricket match, she wants to see some fireworks and there’ll be a day when we’ll go to a water theme park.”

Click here for further information about Medibank and to view their current vacancies.