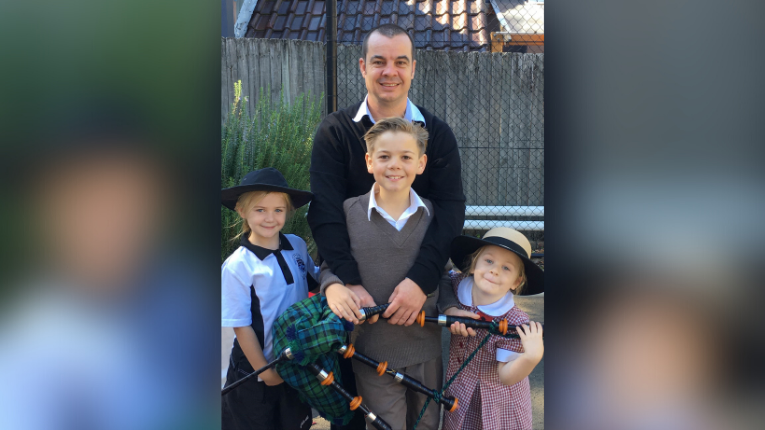 When commercial Manager Jason McCallum joined Ventia, he’d recently become a single dad and was facing the challenges of juggling demands of parenthood with a full-time role.Jason says that he raised this in his interview with then GM Road Transport Operations Vic Hensley and right from the start, Vic made it clear that he trusted Jason to manage his own schedule.

“I needed to be able to drop off and pick up the kids from school during the weeks they were with me,” Jason says. “That was non-negotiable for me. I appreciated that it was never an issue for Vic.”

Jason says that he feels companies are getting better at accommodating the needs of female employees when it comes to parenting responsibilities, but sometimes the same consideration isn’t given to fathers.

He also says that for him, like many others across Australia and New Zealand, the past year has added a new dimension to the need for flexible working options thanks to the COVID-19 pandemic.

For many parents, it has meant adding home-schooling to their repertoire as well as working with colleagues they only ever see on a computer screen.

Outside of any stay-at-home orders, Jason alternates between working in Ventia’s North Sydney office and working from home, and says he’s really pleased that these changes have meant he’s built a stronger relationship with his kids.

“When I was in the office five days a week, I wouldn’t see much of my kids to be honest,” he says. “Now I am able to spend time with them in the morning before they go to school and again in the afternoon. Without the daily commute, I can work around those two pockets of time with my kids. The best part is, they’re talking to me more now. I know more about their lives and what they’re up to than I ever did before, and I love that.”

As far as his work goes, Jason says that Ventia benefits too as he feels more productive and happier at work because of this.

Jason delivers commercial support and advice to Ventia’s Transport business across their road, tunnel and rail contracts. The role can be quite demanding, particularly when they are facing deadlines for bid submissions.

Working from home has also given Jason time for his other passion, the bagpipes. After many years away, Jason has rejoined a band and can now attend practice sessions, something he says was impossible to do when he was driving back and forth to the office.

“The band practices at 6.30pm, so even leaving the office right on 5pm often meant I couldn’t make it in time,” he says. “I find being part of the band has been great for my mental health because I’m doing something for myself. This in turn is good for my kids and good for my employer.”

Article excerpt taken from Ventia: Bagpipes and balance – the benefits of flexible working

You can view their current flexible opportunities here