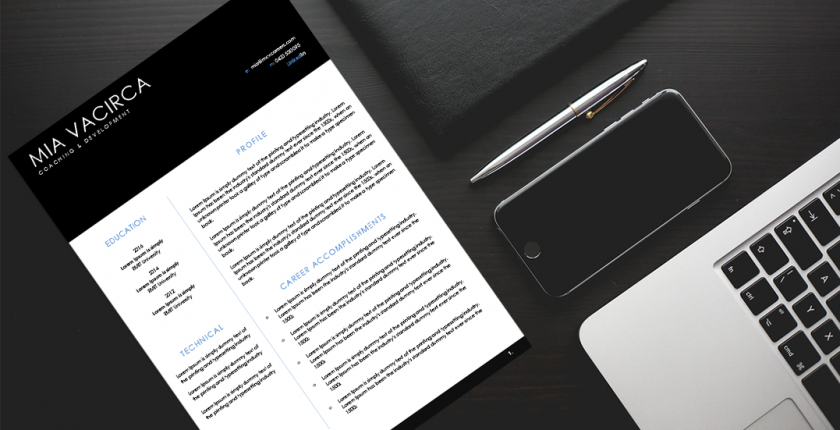 Career achievements and how to present them in your resume

Many of my clients still don’t really understand the difference between a responsibility and an achievement or accomplishment and are astounded when I send them an example document listing 30-40 achievements relating to their field. They really believed that these were a given and were not worth highlighting in their resume.

Feeling empowered is important when updating your resume. You are instantly reminded of your impressive contribution when performing your roles. As a result these accomplishments can empower you:

We’re not the most confident in talking about the great stuff we’ve achieved in our roles and I commonly hear from my clients “I don’t like to brag”. However, they’re surprised when I coach them in delivering their accomplishments in such a way that they don’t feel like they’re bragging, instead gently highlighting their skills through their achievements.

2 ways to document or store your achievements

Not everyone is as fortunate as I have been, where I was required to list my ideas and accomplishments in preparation for my biannual performance reviews. What an ongoing empowering exercise that was!

To prepare for this, I would create a folder called “ACCOMPLISHMENTS” in Outlook to store emails that talked about my developments, accomplishments and ideas. Another way was to write up a brief description of my accomplishment in a Word document saved on my desktop. These were later used to include in my performance review, one on one meetings with my manager, training new staff, in my resume and in answering interviews questions.

How to write effective achievements

You may be ready to ask for that well-deserved pay rise or you may have your eyes on a dream job. Before even contemplating any of these you will need the proven reasons why you deserve that pay rise or dream job. The process of trying to get promoted, applying for a job, or going through a performance review, can be really stressful, but one thing that can make it less stressful is having the resources and a backstory ready to go — it can make you feel empowered. Accomplishments also make your resume stand out especially when you’re using powerful verbs to commence the sentence.

Try using some of these verbs:

How to define your accomplishments

The best accomplishments to highlight are those that demonstrate your core skills and those achievements that were most meaningful to you. Managers want to hear about an action that you took in the face of a challenge, which resulted in a successful outcome.

When trying to highlight your communication skills in your resume what is more impressive (A) or (B)?

(A) Excellent communication skills OR,

(B) Engaged 5,000 customers and converted 30% to the premium subscription.

In order to spark ideas of workplace accomplishments, consider times when you have ..…

Here are some examples of achievements you may relate to: