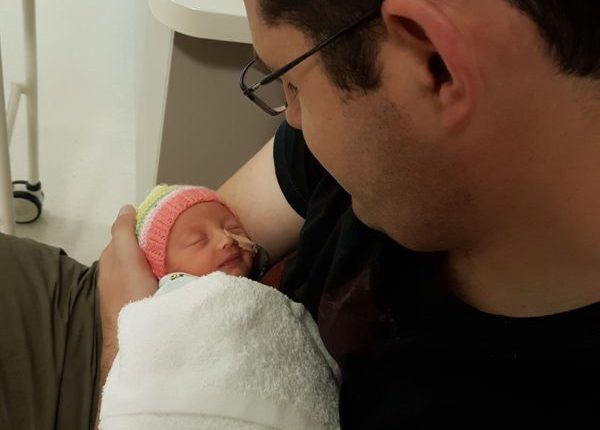 Thanks to FamilyFLEX, Matt was able to watch his little girl take her first steps and hear her first words

Parenthood is not only a special time in life, but everyone’s journey is unique with many factors influencing the experience. In March 2018, Medibank rewrote the rules on parental leave, offering both mums and dads 14 weeks paid leave.  Under the old policy, secondary carers – most often fathers – were only entitled to a fortnight of paid leave. Medibank’s Head of Security Consulting, Matt Brunckhorst, last year took up 14 weeks leave with the birth of his daughter, saying it has truly made a difference to his young family’s life.

With a then 4-year-old son, Matt was able to benefit from the flexibility provided under the new policy. Medibank’s ‘FamilyFlex’ is able to be taken at any time during the child’s first two years, and doesn’t have to be taken in one block.

“It was great because it enabled my wife to go back to full-time work and allow me to spend time with my children,” he says.

“It was fantastic to spend more time with them while they’re young, creating a strong bond between my children and myself.” Matt with his wife Janelle, son Xavier and daughter Greta.

Matt says the 14 weeks leave gave him an opportunity he otherwise wouldn’t have had.

“My wife took nine months of maternity leave and during that time, it was all about mum. By the end of my 14 weeks with my daughter, it was all about dad! It was such a great time because it allowed me to understand what my wife always spoke about during the months prior. I wasn’t able to witness my daughter’s growth and development as you do when you’re the primary caregiver,” Matt explains.

“During my time with her, I was able to hear her first real words and see her first steps.” According to Matt, it’s important for children to be surrounded and raised with different perspectives at the same time, with Medibank’s parental leave scheme allowing him to do this.

“My son now sees things from different points of view. If I don’t start making an impact in their lives now, how can I expect to continue to do so in the future?” Enjoying some playground time with Xavier and Greta.

Medibank believes every family is unique, with flexible working options a way to support employees. Matt says factors like this are influencing how a candidate views a potential new job.

“I know if we decide to have another baby, I would absolutely make the decision on the parental leave aspect of it. I would want to know that the organisation respects my obligation to my family.” Asked how else Medibank’s parental leave policy has impacted his home life, Matt says it has altered the way he sees the world.

“A couple of years ago, I thought my purpose was to make the world a more secure place,” he says.

“But now, it’s to be the best I possibly can for my children, no questions asked. I feel more balanced and feel like a much better as a person, and Medibank has definitely allowed me to do that.”